The terror of loneliness and the call of community

I awoke with a start.  My phone was buzzing with its usual mixture of Facebook posts and notifications of news events.  I looked at my emails as is my wont at awakening (how predictable!) and saw that only a few miles from where I slept a massacre had occurred. 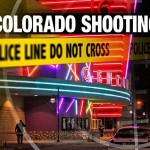 I was in Aurora, Colorado attending a business meeting, staying at the house of a good friend and in the company of another.  As horrific as the news was, as close as it was, somehow it didn’t touch me deeply at that moment. The armor of denial and safety.  I replied to the texts of my friends: “of course, I’m safe.” Of course.

As the day unfolded and the horrific images unfurled, I was deeply grieved.  I was horrified at those who made use of this atrocity to further their political goals.  Again, the fantasy of safety.  The cries of those who believe we should do something, anything, to close the flow of weapons and ammunition to anyone and everyone who can make an order online seemed to be bleatings in the wilderness of political exigency.

My thoughts could go in a million directions about public policy about guns and the inadequacy of our mental health system.  I will leave these essential issues to the experts.

For now I want to talk about loneliness.  The image of the sweet faced 13 year-old, intellectually gifted and perhaps a bit nerdy, but with long lashes framing his eyes and a shy smile haunts me.  Isolation.  No place to turn, no one to turn to.  The obsessive compiling of that which he thought could protect him, make him noticed, make him somebody. 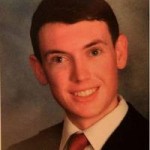 This, among the other images and horrific stories of the innocent young and old paying the terrible consequences of his quest for significance in a world in which he clearly felt like no-one.  These haunt me.

I, whose life goal is to help nurture people’s ability to find positive meaning in the world, have failed.  We, as a society, schooled mostly in achievement and acquisition, have failed.  Perhaps we could not have prevented the obvious deterioration into madness this young man descended into.  But perhaps we could have created some refuge to which he could bring his terrors.  Would community have made a difference? I have to believe so.

Our quest for meaning in the face of someone so desperate, so oblivious of human collateral, the detritus of lives rendered forever shattered, offers only fragmentary images of what I believe to be worthy of the dignity of human beings.  And yet human being he was and is, no matter how delusionary he might be,  What is the salvific story here?

The ways in which community was created in an instant in the midst of assault can only in small part assuage us.  The heroism of those who literally laid their bodies on the line to protect those who loved.  The images of unlikely pairings of people comforting one another tell me that at our heart most of us find ways to connect deeply to even the stranger who offers us a hand and a hug. 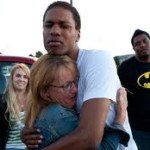 There remains a call.  How can we be present to those in extremis?  How can we find ways to pierce the deep loneliness of people who feel left behind, who feel themselves to be failures, who need a loving hand, a welcoming touch, an interest in who they might deeply and caringly be seen?  How do we reach out in this disconnected world?  How do we prove to those completely bereft that meaning, light and love still exist?

Linen Theme by The Theme Foundry